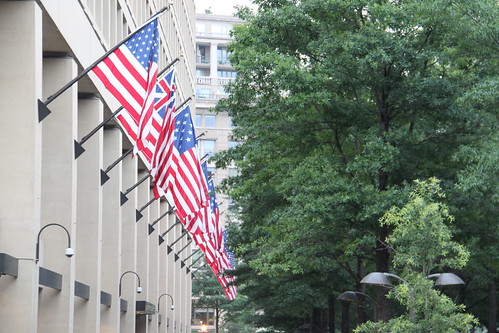 Shortly after Inauguration Day, the Trump Administration issued a gag order to federal agencies to cease online communications and other media outreach until transition teams were in place.

The White House is creating national unrest on multiple fronts. President Trump called climate change a “hoax” during his campaign. He signed an executive order eliminating funding to health groups that advise on abortions. He hires advisors who represent far-right conservative movements.

It doesn’t help that the Senate confirmation process is taking a long time. Votes are not yet scheduled for the Secretaries of Energy, Commerce, Interior, Agriculture, and Labor; or for the Director of National Intelligence or the U.S. Trade Representative. The delay is causing agency outreach to be restricted if not halted.

Adding to the confusion are public comments by Press Secretary Sean Spicer and Counselor Kellyanne Conway using terms such as “alternative facts” and “fake news.”

Is it a surprise to you that government employees went rogue and created Twitter accounts to share real facts and real news?

This grassroots movement began with the National Park Service and spread to other federal agencies that created their own alt and rogue accounts. To date, I maintain a Twitter list of over 120 alt accounts for you to peruse and follow.

I'll be fair. POTUS made a good statement today against hate. Now, he needs to fire Bannon or else that statement was just BS. #resist

NOAA is an acronym for the National Oceanic and Atmospheric Administration. With over 136,000 followers, altNOAA’s bio is specific: “The Unofficial ‘Resistance’ team of the NOAA. Account not taxpayer subsidized. The NOAA studies the oceans and the atmosphere to understand our planet.”

Is this account real? Or is it fake? Or is it somewhere in between?

Does authenticity matter if the facts get out?

Why do alt and rogue accounts describe themselves and tweet as they do?

@ariherzog We're an alternative to the @HouseScience account with a nod to "alt facts". Aren't the "rogue" accounts more government?

@ariherzog To avoid confusion that could lead to trademark infringement claims, for one thing.

@ariherzog Hatch Act bro. Plus as a govt official you're not allowed to speak on behalf of the govt. Gotta make that clear.

@ariherzog Some of us have connections with the NPS and some don't. We aren't looking for other outlets right now. Thanks though!

Pressing for more information via private messaging, I received a range of responses. Here’s one:

“What we hoped to accomplish was to support our fellow civil servants who are understandably alarmed about a new administration that does not appear to be operating within the norm. Most of us have gone through transitions and we all know that our role and obligation is to carry out the policies of a new administration subject to our oath to faithfully uphold the laws and Constitution. What we find so worrisome is that this administration appears to think that our role and obligation is to is carry out their policies without regard to the laws and Constitution. That is deeply troubling to anyone who believes in good government and, for that matter, democracy. As far as whether someone can tell we are real we can only say that we are and have no intention other than to encourage exercise of free speech within the bounds of our obligations as federal employees.”

I’m reminded of President Obama’s first inauguration when he promoted public participation and the concept of getting involved in political action.

Time will tell how these alt and rogue accounts change their messaging. For now, they share real facts and publicly-available information. And if something they tweet compels you to take action, that’s a good thing, right?

Ari Herzog celebrated the 12th anniversary of this blog in 2019. Find him online and connect!