In a suburban community about 45 minutes south of Boston, the Plymouth County District Attorney is prosecuting two recent graduates of Norwell High School on criminal charges for identity fraud.

Aaron Mayers, 17, and Nicholas Gacicia, 18, are charged with allegedly creating a Facebook profile about a freshman girl, publishing her name and picture, and describing her in sexually lewd ways.

I attended high school many years before the World Wide Web went vogue and so I can only imagine the competition and pressures today’s youth have with the ability to create Facebook profiles, upload YouTube videos, and the like.

Are kids frowned upon by their peers if they lack the know-how or desire to be online?

Legal experts, according to Massachusetts Lawyers Weekly, say this case is the first in the state involving identity fraud on Facebook.

“It’s an open forum for students to have encounters without being face-to-face,” high school principal Michael Keegan told the Patriot Ledger.

If convicted of the misdemeanor, the Norwell teens face up to 30 months in prison and a $5,000 fine.

“The biggest problem is that anyone at any time can set up a false profile without the other user’s knowledge and post anything they like,” said technology consultant Graham Cluley in the Evening Standard.

The London paper reported that Kerry Harvey, 23, found a fake Facebook profile of her as a prostitute. It included her name, photograph, date of birth, and cell number.

Harvey doesn’t know who forged it but odds are great due to the content included that the pundit or prankster is someone she knows well.

“It’s an anonymous way of posting things about people without detection,” Cluley said. “Millions of people use Facebook, which is always going to leave users susceptible to this sort of thing.”

My Facebook profile contains my name, assorted pictures, and links to my website and my Twitter feed but not much else. I include the month and day of my birth, but not my year. I include my email address but that’s all over the web anyway. But I don’t include mailing addresses or phone numbers or other means of contact.

I can only guess what (im)mature teens put online.

If you’re a parent and concerned your child may be a cyberbully or up to no good online, the National Crime Prevention Council suggests you visit a site called Wired Safety. 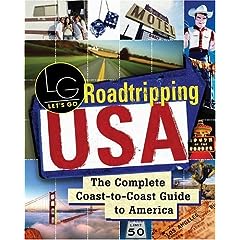 The key word is almost.

I’ll elaborate in a moment. I first want to pay homage to Thom Singer and Chris Brogan, who, respectively in new posts today, ponder why C-level executives aren’t active in social media and why social networking is necessary.

In 2003, the concept of social media was barely on anyone’s radar, let alone the publishing world &mdash indicative of Writers Market entries from five years ago that rarely included editorial email addresses.

That year, on the heel of adult education classes I taught in Boston and Cambridge, I received an unsolicited email from two Harvard University students, Julia Reischel and Kathy Lee, who were editing the first edition of a roadtripping guide.

They reached out to me to cull my expertise from a 24,000-mile roadtrip adventure in 2001, encompassing over 20 U.S. states and half of Canada, which was the subject of my “Great American Road Trip” classes.

Piquing my curiosity and always willing to share my inveterate travel stories, I met with the young women for about an hour and answered their extemporaneous questions about themed travel, my favorite destinations, lodging, photography, and other subject areas.

Shortly thereafter, the editors propositioned me with the opportunity to expand my blossoming freelance writing career with a bylined feature story in the guide. I was asked to either write about my roadtripping experience or offer advice for wannabe roadtrippers.

Then, I saw the contract.

I could write 800 to 1,600 words easily, and I wasn’t complaining about the $300 fee either. But the contract stipulated the publisher would buy all rights, not to mention there was no guarantee the article would be published.

Looking at my archived email response, I requested to amend the contract and offer First Global Book Rights to retain my serial rights, else a greater per-word fee.

The publisher denied my amendment, I chose not to write anything, and we agreed to disagree.

I remember first seeing the book, after its publication, at Harvard’s bookstore. It looked sophisticated enough, but the content would have been much better had my story been included. But I’m biased.

Imagine how the above anecdote could be exaggerated today, had email played a lesser part and social media a greater one. For instance, suppose I was contacted after someone had seen my e-book, podcast, or blog on travel. Or, I could have been contacted after seeing Flickr photos and Twitter updates about roadtripping adventures. And so forth.

But even with email alone, social media (in its infancy) played a part: had I not been teaching adult ed classes on roadtripping, the editors would not have reached out to me, and the publisher would not have considered amending its contract to me.

I currently track 31 blogs in FeedDemon, a Windows desktop news reader that enables me to subscribe to any blog, whether or not it has a feed (distinguishable by those orange feed icons).

I downloaded FeedDemon last week, and am adding new feeds every day. In the past hour, for instance, I subscribed to The Wisdom Journal, Dean Lozarie, Dosh Dosh, and The Daily Dish by Andrew Sullivan.

Time will tell which feeds I continue to track, and which I don’t. Already, though, I am commenting on new blog posts that interest me or where I can contribute.

They don’t teach you that in nursing school!
at Running a Hospital

Money, Passion, and the Power of Great Tools
at Personal PR

Do you own trees?
at Seth Godin’s Blog

With apologies to Hormel Foods and their spiced ham product, has anyone actually read the content of, and clicked the links for, email spam?

Well, I just did. Taking one of my email accounts that was set up primarily for online forms and knowing there’d be a ton of spam, I decided to uncover my slices of spam.

Here are the top 5 spam emails I received over the past 24 hours: