Each of these groups exist under the nonprofit umbrella of Defending Democracy Together. The leadership team is a who’s who of former GOP officials and strategists.

It’s great that a single organization exists to spearhead the initiatives of those three coalitions. However, there are many other groups that are working in tandem with the same goal — and could benefit from combining resources.

The Lincoln Project is creating amazing anti-Trump videos such as “Flag of Treason,” “The Wall,” and “Kamala.” The organizational founders are Republicans who believe that “defeating so polarizing a character as Trump will allow the country to heal its political and psychological wounds and allow for a new, better path forward for all Americans.”

Veterans for Responsible Leadership and Really American are among other anti-Trump groups with large social media followings who support Biden.

Then there are the political action committees including Unite the Country, American Bridge, and Pacronym.

Among the newer PACs is 43 Alumni for Biden comprising former government employees “who served President Bush and other Republican Presidents, Governors, and Members of Congress.”

Let’s not forget the growing list of Republican elected and appointed officials who are stepping forward seemingly every day to support Biden.

Instead of each group raising their own funds, releasing their own ads and videos, and competing for (social) media attention, wouldn’t it be amazing and game-changing if they existed under the same so-called roof?

The country is divided. These groups should unite today to pool their resources to elect Joe Biden and Kamala Harris. 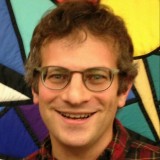 One reply on “What If Anti-Trump GOP Groups Worked Together”